We are so excited to be embarking upon this beauty this summer. This Cape Dutch style home is situated on an acreage property in Orono. Cape Dutch is a traditional South African style, influenced by the Dutch who initially settled there in the 17th century. It is mostly found in wine region of the Western Cape. It is easy to see the Dutch influences in the stylized, prominent gables. Traditionally, these homes had thatched roofs, were built with clay cemented with lime mortar, and the walls were painted with whitewash. The homeowners were drawn to the style based on simple forms, clean lines, and distinctive raised parapet gable walls. 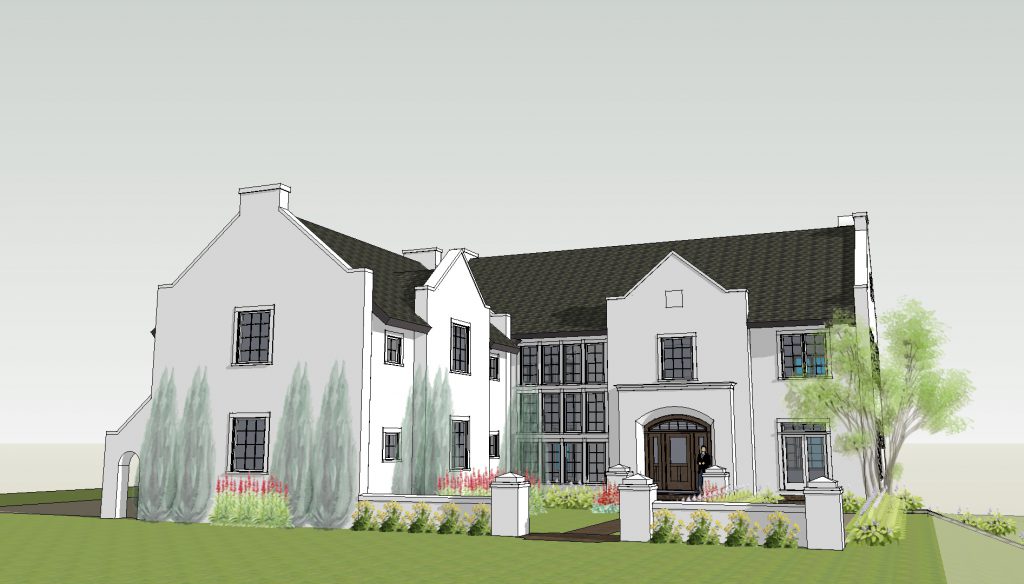 We had a ball at the Symphony Ball!